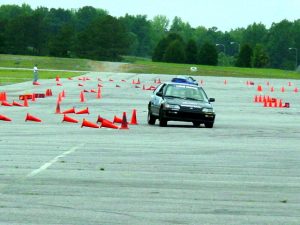 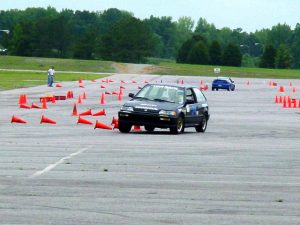 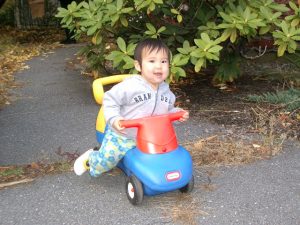 What year did you first start autocrossing? And what car was it?

What kind of car did you compete with in 2004, what class , and what
are its particular strong suits in your opinion?

Kumho Ecsta MX, they are supporting the sport with contingency

What SCCA National Event’s do your prefer, National Tours or Pro
Solo’s?

Pro Solo are my thing

Would you like to see the National’s in Topeka on Asphalt, or Concrete?
Why?

Asphalt would be good since that is what we run on locally.

Both are important.  You cant win unless you have the right setup and the right skills.

The people that I meet and the challenge of a new course at every event.

Do you constantly critique yourself during your runs, after each run or
after the event?

Do you see yourself looking ahead enough during a run; do you talk out
loud in your car during the run?

I usually don’t look far enough ahead, definitely something I am working on.

The adrenaline is pumping and I feel great.

I chunk the course into segments.

Have fun in STX

AM, it would be fun to fly a wing.

What do you enjoy doing when not racing?

Spending time with my wife and daughter and working at my shop is a close second.

Have you attended any Evolution Driving School? If YES, what Phase, and
what mostly did you learn that you keep practicing?

Phase I and II, looking ahead.

Beginning Wednesday, December 22, at 3:00 p.m. Central Time, the 2022 ProSolo SuperPass will go on sale. Only 185 of these limited-edition passes a...
View on Facebook
· Share