Driver of the Month September 2004 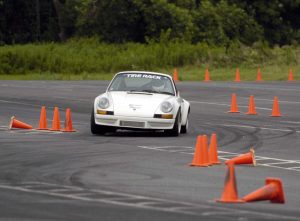 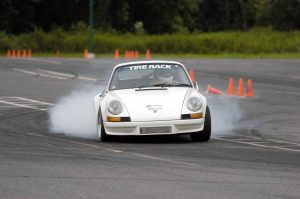 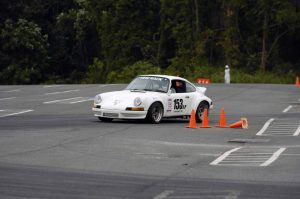 Name: Dave Newman
Age:45
City/State: Allentown, PA
Profession: Office Manager-Specialty Cars
What year did you first get interested in (or start) autocrossing?
My dad was autocrossing in the late 1960’s and my brother Rick and I would go to the events with him.
I ran my first event in 1977 in a Fiat 128SL.

Porsche 911 in FP. It’s strong points are that it comes out of slow and medium speed turns like a train and it stops even faster.

If your car is poorly setup or maintained, it won’t matter what you do.  That having been said, I believe it’s 99% driver.  The best driver will almost always beat the best car.

The prize money and trophy girls.

Do you constantly critique yourself during your runs or after the
event?

You have to go over the run you just did if you want your next run to be faster.  As you know Perry, Topeka to the east coast is the longest critique in the world when you don’t trophy.

Do you see yourself looking ahead enough during a run; do you talk
out loud in your car during the run?

I don’t talk out loud.  The idea of looking ahead has to start with thinking ahead.  How much time I buy myself is the key to going fast.  I buy that time buy thinking, then looking as far ahead as possible.  That’s one of the toughest things to do but if you learn to do it, you will go faster.

I’ll let you know if it ever happens.
Would you consider expanding your skills to wheel to wheel racing? If you pay for it, I’ll try it.
What techniques do you use to memorize the course? Walk throughs followed by visualization.  I like to then sit in the car and drive the course with my eyes closed.
Have you ever tried to get a company to sponsor you? Were you
successful? No and no.

I haven’t won the only one I really want. NOW HE HAS.. 2006 XP NATIONAL CHAMPION

What is your primary goal for the 2004 season?

To win the one I really want.

It would be the car I am currently driving with a large chunk of cash thrown at it.

Driver of the Month September 2004