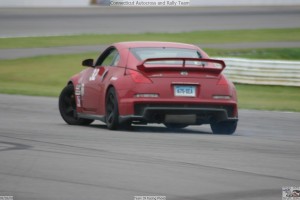 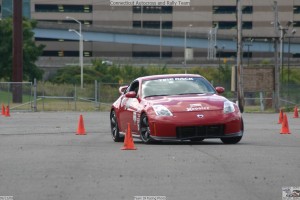 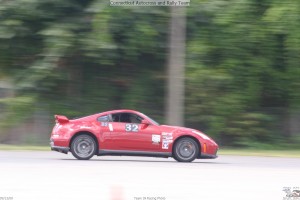 In 2003 I bought the Evo, I started drag racing it the next year and quickly got bored.  I had heard of something where you drive around cones…..intrigued I looked into it some more.  None of my family members prior to me had done it.  4 years later (2008) I got my dad and brother into it.

How expensive tires were!!!

What did you drive at your first AutoX season?  2003 Evo, Street Mod

I wanted a car to run in stock class and something RWD.  I had been competing in AWD since I started.  I figured RWD would teach me a different way to drive, and it has

I’d have to say my friends, Justin Lau, the Barbatos Bros, Pat Huxley, Nelson Antunes, GJ Dixon, Mike Lodsin, Keith Scala.  When I first started I knew nothing of what to look for in course walking, or car set up.  I still need help today, but those guys are the people who’ve taught me the most

Funniest autox story, if any?

Riding passenger in my own car with Justin Lau driving in a fun run.  Justin was convinced he could go full throttle through this particular section of the course.  He tried it, and found out you couldn’t with a dramatic spin and taking out a wall of cones.

Haven’t  really had a real scary moment yet.  But everytime I see someone run out in front of a car without paying attention, that gets my heart going.

I was hoping to run the Z in BS for a while, but that’s not happening.  I’m not really sure what I’ll be driving, preferably something in stock class.  My goal is to win a national championship in something.  I heard C5 Z06s are getting cheap

Looking even farther ahead and really taking the time to walk a course.  Joe Barbato taught me a LOT at DC Pro this year.  He worked the course while I had gate duty.  He really paid attention to what the fast guys were doing and soaked it all in.  He told me what he learned, but I didn’t pay attention all that much.  The results showed at the end when I coned every run and he almost won BS in my car… a car he had never driven.

I started earlier in 2009 practicing.  I don’t like doing it in my car as the brakes are very sensitive. I have done it, but for me it works best while driving a turbo car or something where the brakes are not very grabby up top

Be patient, ask questions, and watch what others are doing.

When I first started I knew NOTHING of car set up.  Someone had me order generic coilovers (which were horrible) and their advice on alignment was completely wrong (toe in all the way around)

Look further ahead and pay attention when walking the course.  Never be afraid to ask a question

Nothing is ever the same.  It’s a new challenge every week.

How do you critique yourself, during your runs, after each run, or after the event?

I talk to friends after a run, after the event I’ll talk to them and look at PAX results, during a run….I tend to yell at myself say a few ummmm choice words.

Repetition….walking the course many times.  I will also focus on what I think will be trouble areas for my driving style and my car.  Also, if I’m not running first I’ll pay close attention to other drivers and see what they are doing.

I’ve already expanded to HPDE this year and success right away.  I love the track

One speeding ticket when I was 17 in my Mustang.