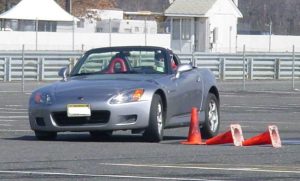 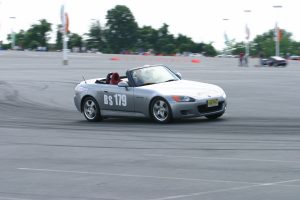 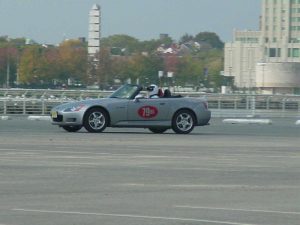 Not too much.  I find I don’t have time for it.  I like to get out of
my car and to a place where I can watch the course and start
concentrating on the next run.

NNJR B Stock is a tight, competitive class.  When I’m able to get in a
fast/clean run I know that I’m going to move up a place or two.  That
gets the competitive spirit going in me.

I would like to run some wheel to wheel races.  I’ve taken one SCCA
accredited school and done a couple of track days.  The biggest
problems for me are locations of tracks and the cost.

No.  The people, the club and the competition all add to my interest in
NNJR autocrossing.

I’ll take an Elise please.  It looks like it is going to be a fast and
fun autocrosser.  Light weight, great handling and a high revving
engine, sounds right up my ally.

PS: I really want everyone to know what a great guy and great sportsman
that Fitz Pollard is.  Fitz sacrificed his own position in the season
standings by allowing me to compete against him using his s2000 when my
car was in the shop.  Thanks again Fitz.

Per someone's request, I went back to 1999 and listed Drivers of the Year for these 3 local clubs. If you know who won on those missing LMK, please. ... See MoreSee Less

They say Miata is always the answer. This was the last NNJR event. ... See MoreSee Less