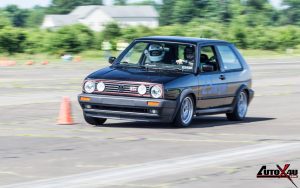 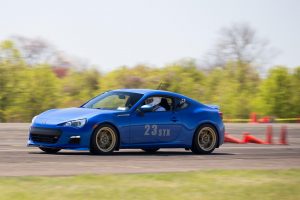 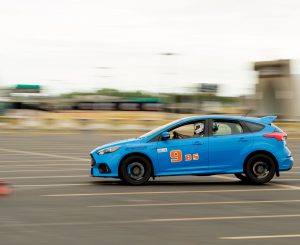 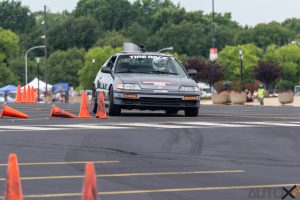 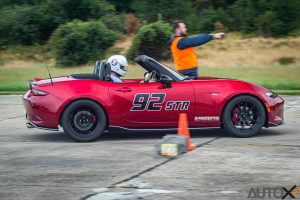 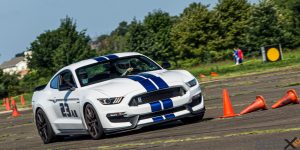 Family: My mom and dad have both been involved in motorsports for a long time! My brother has autocrossed when he has time and he’s always been really quick and my sister always checks up on my results. Huge thanks to my family for being so supportive!

What was you first car? 1988 Toyota Supra, a rusty non-turbo

What was your favorite subject in school? Physics or Comp Sci

What was your first exposure to motorsports and at what age? Before I was born technically, Susquehannock Trail Pro Rally!

How did you get started in Autox? A buddy of mine, Ryan Anderson, sold me some shocks for my GTI and told me to come out to an autocross. I spectated an event and was jealous of everybody driving so I signed up the next event that I could!

What did you drive during your first AutoX season? 1992 VW GTI 16V

What do you wish someone had told you when you started? Calm down and let the pace come to you. Driving like a maniac doesn’t make you faster!

What made you choose your current autox car? I drove one a few times (thanks David Graver!) and really enjoyed the car and it made a lot of sense as an economical car to drive on the street while being ultra competitive.

Who is your biggest influence in the sport? The Ice Cream Bros! The camaraderie of having a bunch of fellow competitors trash talking and push each other to be better as well as just generally being good friends has been great. There are truly too many people to thank though, everybody has helped in some way.

Funniest autox story, if any? Lots of stories here, but the most appropriate would probably be my friends doing silly stuff. From launching in second gear at a pro to cording nearly new Nexens, to someone almost plowing into a wall of cones and deciding their best course of action was backing up… Outright funniest in hindsight might be broken chair incident at Oscoda.

The scariest moment as a driver? Back in 2016 I had a really violent multiple “almost spin” at Hershey in the rain that ended up nearly involving a pole, a timing light, a curb, and a fence. I’d like to not repeat that!

In the past year or so, what have you learned to help improve yourself as a driver and car prep? Maximize every phase of the corner! Car prep is really just getting the car to be ~95% prep and spend the time to try things that may/will make it worse to see what happens.

Do you left-foot brake? I have, I’m not currently. My feet don’t really fit next to each other in the Miata very well.

Do you use a data logger/Video, if so how has it helped you? I have data & video, I love nerding out and studying them both and finding time. It’s super useful to be able to skim through a video between runs and see mistakes that you forgot about. Comparing to codrivers or other drivers in your class after the event can be super useful to see weaknesses in your driving too.

Worst autox advice you ever received? “Turn early” – It doesn’t mean what it sounds like and it drives me nuts.

Best autox advice you ever received? “Have fun!” – Seriously, if you’re not having fun why are you at autocross?

How do you critique yourself after a run? Generally harshly… I’m my biggest critic. Even if I’m winning my class or whatever I know there’s always time out there to find.

What is your primary goal for the 2020 season? Win everything that I can. I don’t really have anything specific. I’d like to win a national championship but it will take some luck, I think!

The most fun autocross car you’ve ever driven? BSP Mazdaspeed Miata, easily. Great combo of grip and power and you get out with HUGE adrenaline shakes.

If you could pick anyone’s AutoX car to run at Nationals? Tough question, picking a fun car I think I’d have to do any of the top four SSM cars, for something that I know I could be competitive in I think I’d go with a SS GT3.

What would be your ultimate car build for AutoX? Late sixties Mustang for fun or an SSM Miata I guess

Do you play any online racing sims? Do you feel this helps in the real world? iRacing mostly. I played a LOT of simulators well before I ever started doing autocross or track stuff and I definitely felt like it help me be competitive right away. Now I’m using iRacing to learn how to race wheel to wheel. Honestly, besides keeping fresh on driving skill the biggest gain has been learning how to perform better under pressure.

Websites/Forums/Podcast you check daily? AutoX4u, obviously 🙂 Otherwise mostly just chatting with friends and such keeps me up to date with what’s going on.

What trophies or titles have you achieved? Bunch of national event trophies/wins including Tours (Champ & Match) and ProSolo. Just trophies at Nationals though so far!